Condos are getting charged up 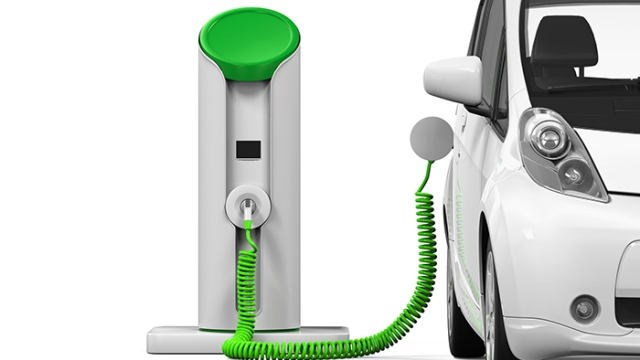 With more people becoming environmentally conscious and reducing their carbon footprint, the demand continues to grow for car-charging stations at Valley condominium communities.

That’s because, in addition to Tesla, many other manufacturers now offer electric vehicles in a variety of price-points including Prius, Chevrolet and BMW. However, since Tesla started offering a high-end electric sedan, the condo market has seen a surge in car-charging stations including at Two Biltmore Estates in Phoenix which offer two- and three-story luxury condos. “Buyers specifically asked to have the stations and we want to change with the times and provided them,” said Jack Luciano, a partner at The Agency, a real estate company in Beverly Hills with a branch in Scottsdale.

Two Biltmore Estates features underground, secured and gated parking as well as private two-car garages for some residents. A car-charging station can be placed at either location. “Residents are asking for them more these days,” Luciano said. “We’re seeing it quite a bit at Two Biltmore for the higher-end demographic as well as at other residences and [at] varying price-points.”

Economics, environment, ease of use

Electric cars and charging stations are important across all demographics for economic and environmental reasons as well as ease of use. To wit: “The car is plugged in overnight, you get up in the morning and you go,” Luciano said.

Envy Residences, an eight-story condominium community in Scottsdale, currently has four onsite electric car-charging stations available to residents. Buyers also have the option of a private car-charger. “The [personal] car-charging station is not included [in the base price of the condo] but a buyer can choose to update at an added expense; [the charging station] is then placed in their own parking spot,” said Raul Siqueiros, a partner at The Agency, Scottsdale, which is broker of record for Envy Residences.

Deco Communities, Envy’s developer, positions itself as forward-thinking and mindful of the environment. It was one of the first developers to include car-charging stations in some of its apartment projects. “Deco wanted to remain ahead of the curve when they saw the demand and wanted to provide that option,” Siqueiros said.

When including a car-charging station, which today are sleek, slim and aesthetically appealing, the voltage and prong have to be specific. Price depends on location at the site and there must be enough power to the garage. “They prove to be affordable in the long run,” Luciano [of The Agency] said.

“The developer has done a great job in being mindful that the next generation of luxury condo buyers want the stations,” Siqueiros said. “They researched other markets in Los Angeles and San Francisco where multifamily living is in demand and it’s common there so they included the stations here because it worked in those other markets.”

Envy residents love the feature and prospective buyers see it as an added value. While electric cars at one time were viewed as a hassle and an inconvenience, they now are more user-friendly due to charging-station availability. “People who have the cars are pleasantly surprised and people who don’t are rethinking their decision on their