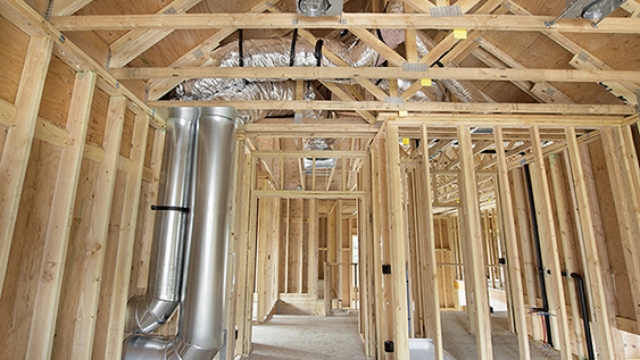 While it’s easy to think about the obvious things — like air conditioners and dual-pane windows — when it comes to a home’s energy efficiency, the big secret is hiding in the ceiling and/or walls: ductwork.

That ventilation system — either in the form of galvanized steel or soft, flexible tubing — is the circulation system for your home.

“To a house, ductwork is like the arteries are to your heart,” said Brad Porter, comfort engineer for Integrity Air Conditioning. “In a house, the ductwork carries the air to all of the different zones of the house.”

When installed properly, ductwork is something that most homeowners won’t even notice. Rooms stay cool (or warm in the winter) and the system is balanced. But just like Porter’s analogy, if there’s a blockage in a proverbial artery, the whole system can suffer.

“It’s not uncommon to have a poorly designed duct system — or a clogged artery, if you will,” Porter said. “A duct that got pinched in the installation can make a room uncomfortable. The biggest thing is making sure that ductwork is installed properly. There are a lot of things that can happen during construction. But you have a warranty with a new home so if there’s an issue, it’s a matter of having them come out to fix it.”

It’s important to remember that dozens of different contractors work on a new home. Not only does the HVAC crew install the ductwork, there are also carpenters, roofers, electricians, plumbers, cabinet installers, painters, flooring installers and numerous other professionals working on the house. Although all the trades-people should be careful, with all that’s going on, it’s not outside the realm of possibility that the ducting might be accidentally bumped or moved from its original position.

Therefore, during your new-home’s pre-drywall orientation, be sure to carefully look at the ductwork and check for any awkward kinks or angles in the lines. If there are seams, make sure they’re sealed — often, builders use a caulk-like product to seal gaps. “If it’s draped over something, if it’s pinched in half, there’s probably a problem,” Porter pointed out.

Still, homeowners shouldn’t worry too much.

“Most of the ductwork that’s installed today is made in 25-foot lengths,” Porter said. “The only place there’s really a potential for a leak is at the beginning and at the end of that connection. If it’s installed and it looks pretty straight, then you’re probably okay.”

“When ductwork is installed, it’s never perfect,” said Rosie Romero, host of the Rosie on the House radio show. “I tell people that paying a lot extra for a high SEER rating doesn’t necessarily buy you much if you’re attaching the high-efficiency unit to poorly installed or designed ductwork. If you do pay for the higher SEER rating, make sure you pay for a complete duct evaluation. Upgrading the equipment without upgrading the ductwork is a waste of money.”

Romero said that there are two duct systems in your new home: the supply side that delivers the air to the rooms and the system that takes it back to the air conditioner.

“Historically not enough consideration has been given to that return and the majority of return plenums are too small,” he said. “That makes the system hard to balance and a lot of times that’s compensated [for] by installing larger units — which is exactly the opposite of what should happen. Proper duct design with high-efficiency units should result in smaller units running longer. This is less expensive to buy, less expensive to run and creates a much more comfortable and energy-efficient home with improved indoor air quality.”