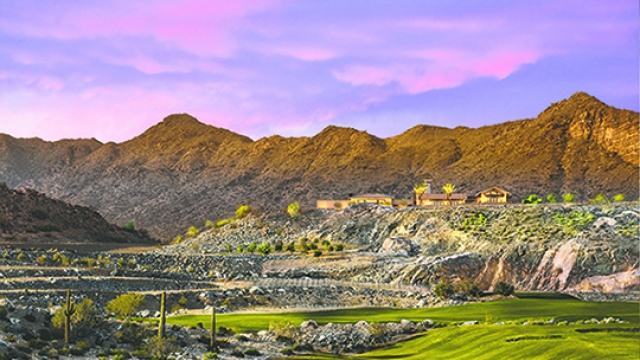 MANY RESIDENTS ARE WORKING

Not everyone who lives in an active adult community is retired — or even semi-retired — and not all residents fit into a singular demographic.

“Many of our buyers still work, while many are retired,” said Steve Soriano, executive vice president of Robson Communities, which offers two active adult communities in the Phoenix area — PebbleCreek in Goodyear and Robson Ranch Arizona in the Casa Grande area. “Some use Robson Ranch as a primary residence, while others maintain their residences back East or in California. Some are single, some are married. They come from all different economic strata. All these people from different geographical and economic backgrounds come together and make the community special.”

“Many [active adult community] residents are not retired, but rather continue to work outside of the home in full-time positions,” agreed Andy Pedersen, group vice president of marketing and merchandising for K. Hovnanian Homes in Arizona, California and Texas. K. Hovnanian’s Four Seasons at The Manor is located in the last remaining neighborhood to be built within Sun City, Arizona, Pedersen said. “This is K. Hovnanian’s first active adult community in Arizona,” he said. The company builds Four Seasons communities in nine other states as well.

Victory at Verrado in Buckeye, Encore at Eastmark in Mesa, CantaMia in Estrella in Goodyear and Anthem at Merrill Ranch in Florence are four examples of active adult communities that are part of broader all-ages communities.

“Referrals from Verrado kicked off the sales in Victory,” said Nick Taratsas, senior vice president and general manager for DMB Associates, which developed the master-planned communities of Eastmark and Verrado as well as the active adult community of Victory at Verrado. “Our residents want their parents and families to be close by and their parents want to be near their grandchildren and still have a place of their own,” he said. “Many of our [Victory] buyers love that they are moving to a growing town where there’s a downtown with active restaurants.”

“It’s nice that [residents] can have the children and grandchildren live just down the road in one of many all-age sections of both Eastmark and Estrella,” said Chris Haines, division president of the Arizona division of AV Homes, which builds in both Encore at Eastmark in Mesa and at CantaMia in Estrella in Goodyear.

Universal design involves designing spaces so that they can be used by the widest range of people possible including those who are older and/or mobility-challenged in some way.

Maracay Homes, one of four home-builders at Victory at Verrado (the others are CalAtlantic, Lennar and T.W. Lewis by David Weekly Homes), relies on universal design principles. “The Freedom Collection is based on universal design and is adaptable to active adult homeowners who may be concerned about livability as they age in place,” said Linda Clements, Maracay’s sales manager and associate broker. For example, the homes include air returns mounted low on the walls instead of the ceiling for ease in changing air filters, wider doorways and hallways, and no-step thresholds at the entry and garage, Clements said.

Active adult communities are rapidly becoming desired destinations rather than locations associated only with older people near the end-stages of life.

“We set out to deliver something buyers and residents would be excited about,” Taratsas said. “We wanted to create something that people can’t wait to get the privilege to use.” Like being tall enough to ride the best rides at an amusement park, “you have to reach the age of 55 to be able to enjoy all of the amenities Victory has to offer,” he added.

While very popular, golf courses are not necessarily the most coveted amenity in some active adult communities.

However, most residents enjoy the expansive greenery of a golf course and many still have an abundant affection for the game. Indeed, the majority of active adult communities include (or will include) a golf course or are located in close proximity to a municipal or private course, but most of the developers and builders’ representatives we spoke to didn’t mention golf as one of residents’ leading favorite activities. Instead, they focused on one-of-a-kind views, hiking and walking trails, clubs, organized activities and fitness opportunities.

“Every community seems to have a favorite event or activity,” Shelfo (of PulteGroup) said. “One of the most popular activities at Sun City Anthem at Merrill Ranch, for example, are the Trivia Nights, which allow residents from various neighborhoods to join in a friendly competition against other neighborhoods.” Pickleball is also hugely popular, she said, as are monthly matinee movies at the union center, bus trips to professional sporting events and car shows or casino trips.

“Our team has been getting great feedback on Victory’s vineyard and olive groves located at the Victory Club (that opens to the public Feb. 6 with a restaurant and spa),” Taratsas said. “Not only do people want to know where their food comes from, they want to be a part of making it. We are excited to be planning wine presses and olive harvests where Victory residents can be a part of the action.” The championship golf course at Victory is scheduled to open in early 2017; in the meantime, a golf playground is already open where residents can practice chipping, putting and navigating sand-traps.